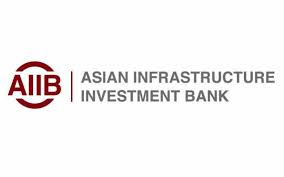 AIIB has said that it would look to fund both social as well as climate-resilient infrastructure in India in the coming years.