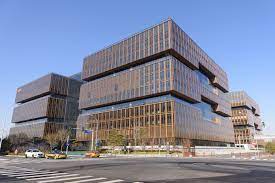 The Beijing-based Asian Infrastructure Investment Bank (AIIB) said it was putting on hold and reviewing all projects in Russia and Belarus.