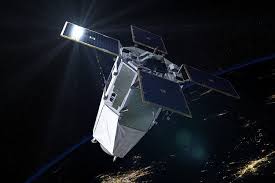 Amid the growing competition among the world powers in the field of space, France has begun its first space military exercises to test its ability to defend its satellites.