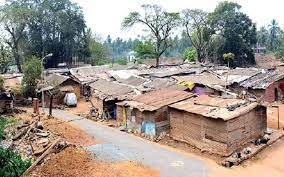 Goa CM has clarified that the Bhumiputra Bill won’t be sent to Governor.