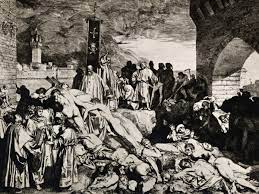 In the journal Nature in June 2022, researchers have claimed that the Black Death one of the deadliest epidemics in the history of humankind originated in modern day northern Kyrgyzstan around 1338-1339 nearly 7-8 years before it ravaged large parts of the world.