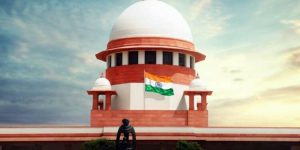 The Supreme Court on September 19 referred to a larger Bench issues relating to procedural norms for imposing the death sentence.