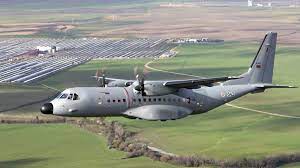 The Cabinet Committee on Security (CCS) has cleared procurement of 56 C-295 MW medium transport aircraft for the Indian Air Force under the Make-in-India initiative in the aerospace sector.