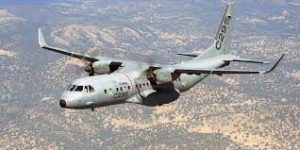 Prime Minister of India has laid the foundation stone for the C-295 transport aircraft manufacturing facility in Vadodara to be set up by Airbus Defence and Space S.A., Spain and Tata Advanced Systems Limited (TASL).