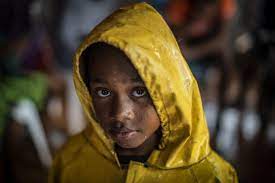 The United Nations Children’s Fund (UNICEF) in collaboration with Fridays for Future launched a report named ‘The Climate Crisis Is a Child Rights Crisis: Introducing the Children’s Climate Risk Index’.