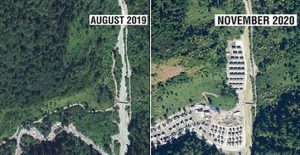 China said its construction of a village across the Line of Actual Control (LAC) in Arunachal Pradesh was “beyond reproach” because it had “never recognized” Arunachal. India’s Ministry of External Affairs said earlier this week it was aware of the construction “along the LAC”.