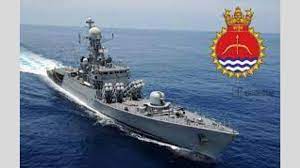 The 32nd edition of India-Thailand Coordinated Patrol (Indo-Thai CORPAT) between the Indian Navy and the Royal Thai Navy was conducted.

In line with India’s SAGAR Vision: