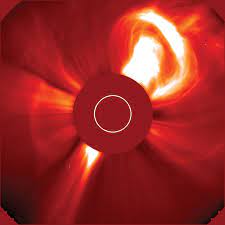 Indian Scientists, along with international collaborators, have measured the magnetic field of an eruption from the Sun’s atmosphere (solar corona), offering a rare peek to the interior of the Sun.

About the Coronal Mass Ejections: