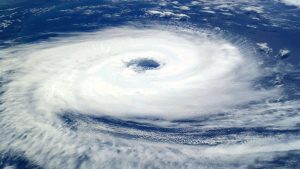 Cyclone ‘Gulab’ is likely to hit east coast of India. It is formed in the Bay of Bengal Region.