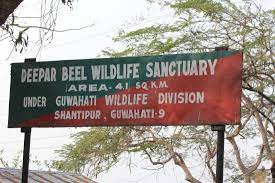 Ministry of Environment, Forest and Climate Change has notified the eco-sensitive zone of the Deepar Beel Wildlife Sanctuary on the south-western edge of Guwahati.