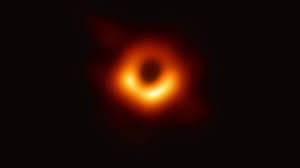 A rare merging of three supermassive black holes has been spotted by a team of astrophysicists in India.