Mehul Choksi Has Been Arrested In Dominica: 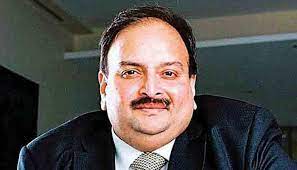 Fugitive diamond trader Mehul Choksi has been arrested in Dominica after he was reported missing early this week from his home in Antigua and Barbuda, the Caribbean nation of which he has been a citizen since early 2018.