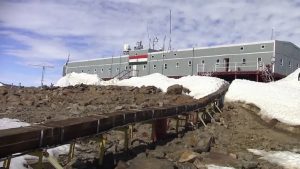 The government has introduced the ‘Antarctic Bill’ in the Lok Sabha, which envisages regulating visits and activities to Antarctica as well potential disputes that may arise among those present on the continent.

Provisions under the Bill: