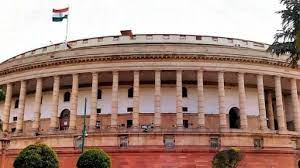 The Lok Sabha deferred the consideration and passing of the Indian Antarctic Bill, 2022, due to protests by the Congress members outside of Parliament over the Enforcement Directorate’s summoning of their party president Sonia Gandhi for questioning.