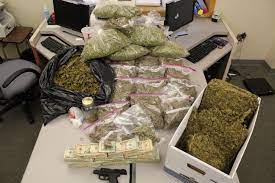 The anti-drug law enforcement agencies are suspecting a steep surge in cross-border trafficking of heroin and crystal methamphetamine with the rapid Taliban takeover in Afghanistan.