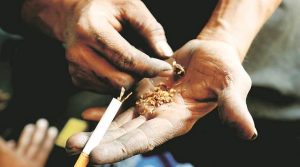 Drugs have been a major source of revenue for the Taliban. With the collapse of Afghanistan’s economy, the Taliban will rely heavily on drug money to maintain control over their cadres.