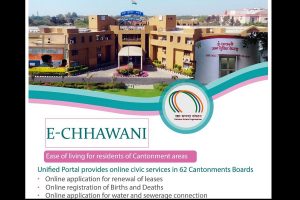 The Defence Minister of India, Rajnath Singh, has launched the e-Chhawani portal

The cantonments are categorized into four categories: