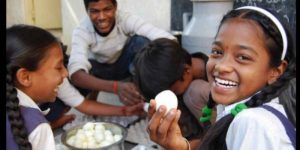 From the next academic session, Karnataka is likely to become the 13th state to provide eggs under the midday meal scheme, which is among the largest initiatives in the world to enhance nutrition levels of school-going children through hot cooked meals.