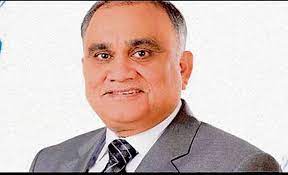 President Ram Nath Kovind appointed Anup Chandra Pandey, a retired Uttar Pradesh-cadre IAS officer, to the post of Election Commissioner. Following the elevation of Sushil Chandra as the CEC, the position of an EC was vacant since April 13.