Schedule Of Election For The 16th Presidential Election: 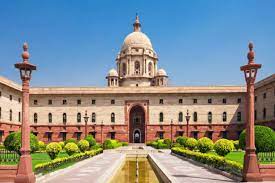 Election Commission of India has announced the schedule of election for the 16th Presidential Election.