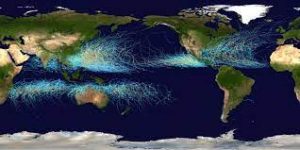 Over 20 people have been killed in the destruction caused by cloudbursts and flash floods in different parts of Himachal Pradesh and Uttarakhand recently.