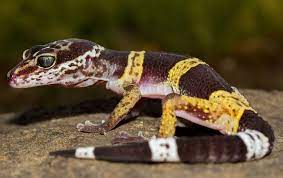 A gecko found in Visakhapatnam in 2017, then thought to belong to a known species, has now been identified as a member of a new species.