Freedom Of Navigation Operation (FONOP) In The Indian EEZ: 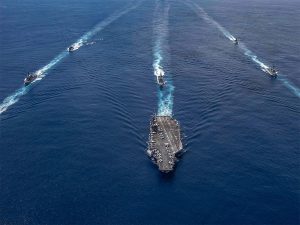 India has protested the U.S. decision to conduct a patrol in the Indian Exclusive Economic Zone (EEZ) in the western Indian Ocean, rejecting the U.S.’s claim that its domestic maritime law was in violation of international law.