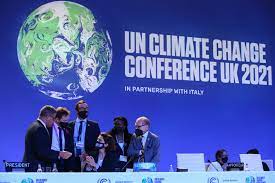 The commitment of recent Glasgow Climate Pact to strengthen our commitment to combat climate change by restricting global temperature rise to 1.5 degrees Celsius over pre-industrial levels