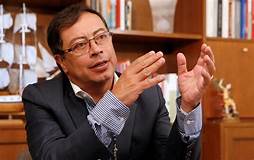 Ex-guerrilla Gustavo Petro was elected the first ever left-wing president of Colombia, after beating millionaire businessman Rodolfo Hernandez in a tense run-off election.