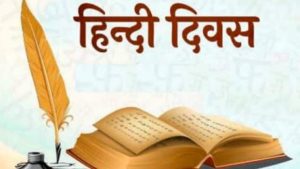 Hindi Diwas is being celebrated across the country on September 14.