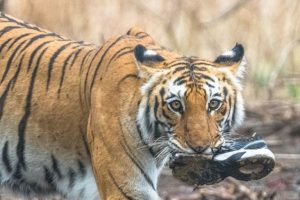 There is an increase in the number of incidents of Human- Tiger conflicts.