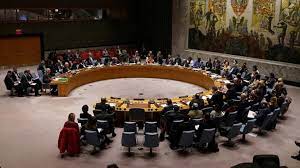 India assumed the presidency of the United Nations Security Council (UNSC) for the month of August 2021.