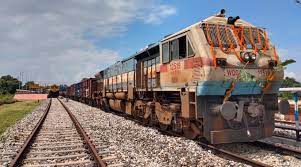 Bangladesh and India started regular operation of freight trains through the restored Haldibari-Chilahati rail route after over 50 years, which will strengthen railway connectivity and bilateral trade between the two countries.