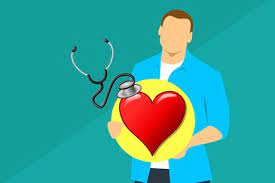 According to a project called the India Hypertension Control Initiative (IHCI), nearly 23% out of 2.1 million Indians have uncontrolled blood pressure.