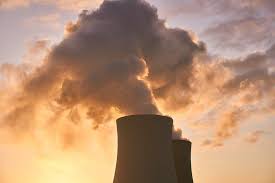 According to the Union Government, India plans to build more nuclear power plants to increase the production of clean energy.