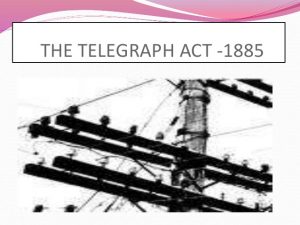 Following violent protests, the Union Home Ministry has issued orders to suspend Internet in some areas in Delhi under the Temporary Suspension of Telecom Services (Public Emergency or Public Safety Rules 2017) of the Indian Telegraph Act, 1885.

About the Indian Telegraph Act, 1885