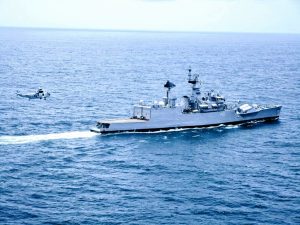 The Indian Navy Ship (INS) Gomati was decommissioned from the naval dockyard in Mumbai.