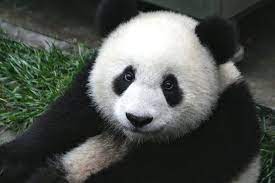 Giant pandas are no longer classified as endangered but are still vulnerable, Chinese officials say.