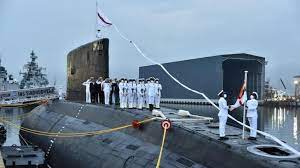 The Navy’s Kilo class submarine INS Sindhudhvaj was decommissioned from service at Visakhapatnam after 35 years in service. With this, the Navy now has 15 conventional submarines in service.