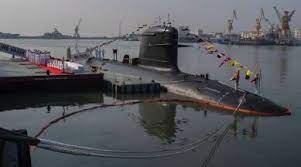 An agreement was signed recently between DRDO’s Naval Materials Research Laboratory and Naval Group France to extend cooperation to enter into the detailed design phase for the integration of the indigenous Air Independent Propulsion (AIP) system in the Kalvari class submarines.