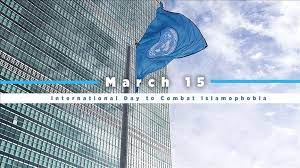 As the United Nations General Assembly adopted a resolution to proclaim March 15 as the International Day to Combat Islamophobia, India expressed concern over phobia against “one religion being elevated to the level of an international day”.