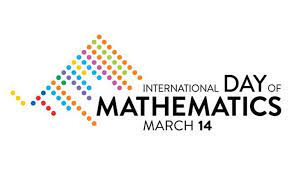 14th March, every year is observed as the International Day of Mathematics.