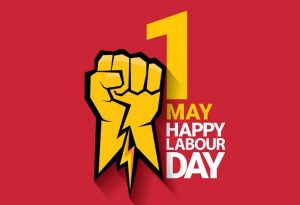 International Labour Day is being celebrated across the world on May 1.