Egypt resumed the severed diplomatic and economic ties with Qatar.: 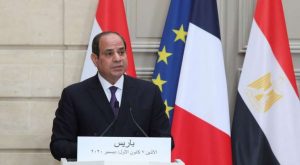 Egypt was part of an Arab quartet (other members were Saudi Arabia, United Arab Emirates and Bahrain) which had accused Qatar of supporting terrorism and being too close to Iran due to which they had imposed a land, air and naval blockade on Qatar in 2017.

Reasons for the Reassumption of Ties:

To Unite Against Iran: