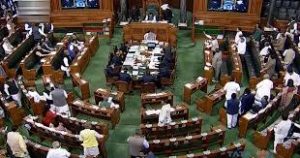 Question Hour, which had been suspended by the government during the monsoon session, will resume when Parliament meets for the budget session.

Types of Questions: There are three kinds of questions asked:

Frequency: Question Hour in both Houses is held on all days of the session.

When the President addresses MPs from both Houses.