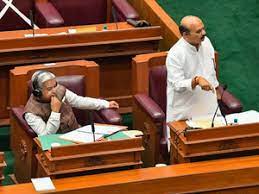 The Karnataka Legislative Assembly passed the Karnataka Protection of Right to Freedom of Religion Bill, 2022, (popularly called the anti-conversion Bill) by voice vote.