Linking Of Credit Cards With The Unified Payments Interface: 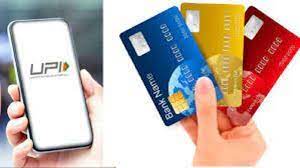 The Reserve Bank of India has proposed to allow the linking of credit cards with the Unified Payments Interface (UPI). So far, UPI could only be linked to debit cards and bank accounts.