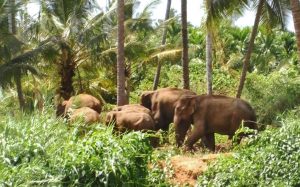 The government of India, for the first time this year, will present a unified count of the tiger, leopard and elephant populations of the country.