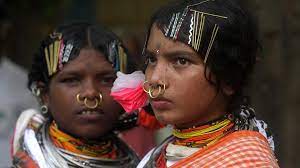 Madhya Pradesh government has initiated a massive tribal outreach programme in the state.