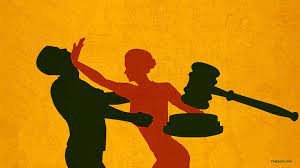 Two judges of the Delhi High Court gave a split verdict on the question of criminalising rape within marriage, leaving the law unchanged.